The Cannon Bull (キャノンブル, Kyanon Buru) is a Buffalo-Type Zoid, one of over 200 species of bio-mechanical lifeforms depicted by TOMY's Zoids model, toy, and media franchise.

Cannon Bull is a Medium Zoid. Compared to other Zoids in the Zoids: Wild series, it is an M-sized Zoid. 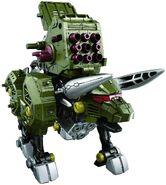 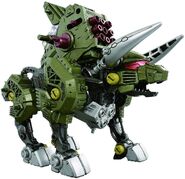