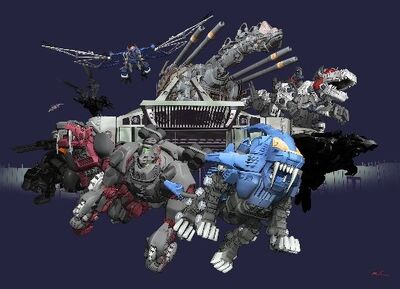 A few days ago, a new Zoids game was announced: Zoids Material Hunters.

The game is for smartphones (iOS and Android) with the ability to hook up to a TV.

Further details will be announced at the Tokyo Game Show exhibition starting on the 18th of September 2014.

The game is scheduled for a 2015 spring release in Japan.

The artwork follows the Zoids Concept Art books, as well as traditional Zoids.

Although regions have not yet been announced, it will likely only be released in Japan.

Retrieved from "https://zoids.fandom.com/wiki/Forum:Zoids_Material_Hunters?oldid=49253"
Community content is available under CC-BY-SA unless otherwise noted.