The Liger Zero X (EZ-054) is a Lion-type of Zoid affiliated with the Guylos Empire. It is one of over 200 species of bio-mechanical lifeforms that form the Zoid race depicted in TOMY's Zoids franchise.

The X features a Changing Armor System (CAS) designed to partake in electronic warfare and unlike other Liger Zero CAS units, is an Imperial creation.

It has a pair of electrically-powered Blades and can fire bursts of electricity from the weapons on its back. As an Imperial Zoid, it is often linked with the Liger Zero EM, which is a recolored base unit.

Released with the Liger Zero EM in 2001, the Liger Zero X was molded in black, blue, and dull gold. Four translucent blue 'hatches' were incorporated into the shoulder armor. As a note, the small pegs on the shoulder armor panels made it difficult to keep the components on the Zoid. It was initially released in Japan, but was later repackaged and sold in America and (later still) to countries in the Pacific.

A small action figure was produced by Hasbro[11].

Another action figure, using the "Empire" colour scheme, was released as part of the Hasbro Action Figures line[12]

No information relating to this Zoid's appearance in the Battle Story has been released.

The Liger Zero X never appeared in any anime series. It was however seen in a short promotional video, and was featured as a unit in the Zoids Saga series as well as the Zoids VS. series and Zoids Infinity.

The Liger Zero X was featured in the Tomy "Zoids Battlestory Web Comic" in which it was piloted by Guylos pilot Maya. Though it shared a rivalry with the König Wolf for most of the series it was later vital in trying to defeat the Dark Spiner.

In Planet Zi Galaxy Quest the Liger Zero X is the first major rival, staying for one whole volume (out of 3.) The Zoid was piloted by Gou, a stout kid who Kugo often found himself making fun of. In spite of this fierce rivalry the two became some-what of friends. Later in Volume 1 the X loses control when it is affected by the Jamming Waves of the Dark Spiner, and attacks the city (and Kugo's König Wolf.)

It is later destroyed after being cut in half by Flyscissors.

The Liger Zero X is an unlockable unit in Zoids Vs. II, becoming purchasable for use after clearing Zoids Battle mode as a Republic-aligned character. 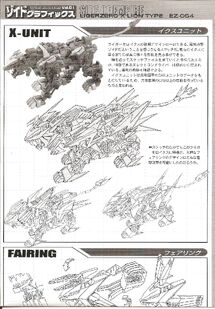 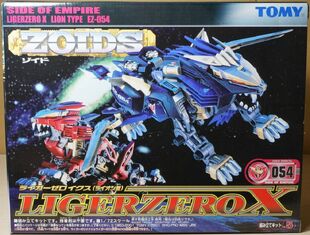 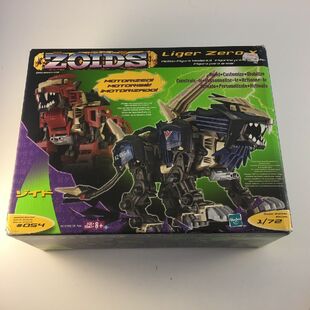 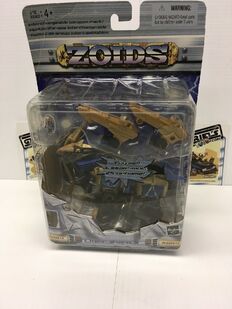