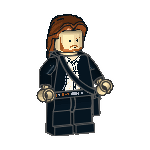 There's not much to tell about me other than I've been a Zoider (amongst other things) for most of my life. I have fond memories of helping my dad build some of the original model kits as a child. My love for Zoids expanded when I talked my parents into buying me a Techno Zoids Battlesaurus and  a Techno Zoids Iron Kong while visiting my grandparents for Thanksgiving. (Looking back, I should have forsaken the Iron Kong, and went with the Evil Pegasus, but hind-sight is 20/20)

Currently I'm working on several Zoids 'projects.' While most are in a conceptional phase, and not worth mentioning at this time, there is one that is worth bringing it. This project is a Zoids forum-based creative writing project (read as: "forum text-based role-playing game with emphases on story-telling") called "Zoids: Art of War." The setting for this project is fan universe that blends together many known Zoids materials, with a heavy influence stemming  from the original Battle Story series and the Zoids: Genesis anime. While the project is currently open to anyone wishing to join, there are still parts I'm developing.

Beyond this, I have recently begun to go through my digital copies of Zoids: Chaotic Century & Guardian Force, New Century / Zero, Fuzors, and Genesis, taking screenshots. I mean to use these screen captures are my personal references, but may compile them into a collection for public viewing.

My favorite Zoids anime? Hands down, it has to be Zoids: Genesis. As much as I enjoyed the battles of New Century / Zero, and the war story of Chaotic Century, I have always been drawn to the story and character development of Genesis. I very much enjoyed the post-apocalyptic-slash-science-fantasy feel the series had.

As a Zoider, I am a fan of all Zoids. However, there are some that I tend to gravitate more towards. Some I find interesting from a design wise, while others are because they are rather obscure.

Retrieved from "https://zoids.fandom.com/wiki/User:Krowfeather?oldid=52528"
Community content is available under CC-BY-SA unless otherwise noted.