Credits go to all rightful users.]]

Well, to start out with a welcome how 'bout a CSI/Zoids joke;

"Sir, we just receved reports of a silver Blade Liger, but we can't find anything!"

Ok, funny time is over now get ready for my userpage.

Well, I am... or was for a time, a huge Zoids fan. In fact, I pride on being called a "Zoids Fanatic" (hence my username). Anyhow, it's not all Zoids anime with me, I do know knowledge with both the anime and models (but not so much with video games or the manga). More or less, however, you'll find me in the anime section. I'm also always ready to chat, or help with any Zoid related problems.

But don't go think I'm obsessed with Zoids (you should have seen me when I was addicted to RuneScape), I like other things and other animes. With anime, well my list has grown a lot since I have joined the Zoids Wiki. Though much of it can be rather obscure (ever heard or seen Dog Days and Golgo 13? No? Well, good, you saved some brain-cells).

As for things non-anime releated stuff, I am a writer (of fan fiction) and currently part of a airsoft sports team at my collage (it's a ligit sport). And I also collect gems, of all things. Currently working with MMD (MikuMikuDance, as you can see above)

Anyhow, you're probably bored of me talking right now, so here's a list of other usernames I run by, and we can continue on our way;

Zoids Fanatic (All other wikis)

To sum it up, if you see a Zoids Fanatic or ZoidsFanatic anywheres, and one that is not on Xbox Live, Photobucket, or YouTube, it's most likely me. Also, just as a general statement, I'm a guy (shocking right?).

What I normally edit[edit | edit source]

Well, I haven't been as active as I used to be (life, what you gonna do about it?). So I'll usually mop up small mistakes I see and try to work with the front page for Zoid and Pilot of the month

These were from 2010. For some Iguanis unknown reason I thought, "hey, lets make Van and Fiona's articles gigantic in length". That was a bad idea. So, here are the articles.

Van's article can be found here.

Fiona's article can be found here.

And the moral of this story, my dear readers, is don't be like me when I used edit articles. Trust me, you'll regret it.

I don't know why I kept this

Re-reading these makes me wonder what in Iguanis name was I thinking back then. Oh, wait, Zoids. I am very sorry about that.

Anyhow, you can still find me writing fan fiction on where else but Fan Fiction. (my profile on the site) {C}http://www.fanfiction.net/~zoidsfanatic

(And I promise you that most of my stories are better then what I had posted here).

I can't really remember the the first Zoid I own. The oldest one I have, not including my action figure ones, is a Barigator (still having problems finding all the pieces). The second oldest one is a Missile Tortoise, which I found in beat up condition in a Tuesday Morning (a store). Saved the lucky fella, and still have him.

Here's a video of my (old) collection: Here

Pages I have made[edit | edit source]

Well, started/created. I don't own the site, so I only credit myself with creating these pages.

And this is a important forum.

Forum for Zoid/Pilot of month

Favorite Zoid series, and why I like them[edit | edit source]

Zoid's that I think should have more respect[edit | edit source]

This is a list of Zoids that I think should deserve a little respect.

Pteras: We all know what a Pteras is. It's the blue thing that gets blown up all the time. Really, it didn't make any type of important appearance until NCZ, at which point it was replaced by the Raynos. Aside from this, the Pteras should get respect. I mean, it's a fair Zoid, does it's job, and has been in so many of the model kit lines, it's not funny.

Molga: In just about every Zoids media, there is a Molga, and they always get blown up. It's kinda sad. Yes, it's not the greatest of Zoids *cough* Iguan *cough*, but it's a versatile little guy. For one, it can go underground. And second, you can equipped a cannon to the little guy's back and watch him destroy.

And besides, have you even seen a Molga in action, or have you seen the Dark Molga? If you hate it, you have no soul.

King Liger: The king is one of my favorites. I mean, it is the first Zoid to use laser blades (As for the Redler, I'm not sure), two machine guns, and a awesome look, this Zoid is off the hook. And yet, rarely anyone knows this Zoid exists. It was only released twice, and when any Zoid fan hears "liger", they think of the oh so annoying Liger Zero. This Zoid, and it's older brother, the King Baron, did their jobs. And what do they get for it? Death. I'm sad now.

Gustav: If you can even say you dislike this one, then leave... I'm joking. Anyhow, where would any of the Zoid series be with out the Gustav. I mean, you can't take the Gustav out of Zoids. It's like taking Master Chief out of Halo (yes, I made a Halo reference).

Hound Soldier: Yes, even Houndy needs love too. He might not be that known, but he is still a great Zoid.

Gravity Wolf: Vareth had the Zoid. That means it needs respect, or already has it. Let's just say it has both.

Here is a gallery of anime characters from the Zoids series. If you want to use any or keep any, feel free to do so. 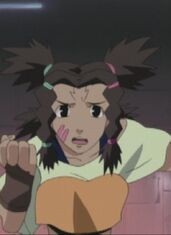 Van getting annoyed with Thomas

Thomas at the controls of his Dibison.

Irvine at the controls of his Lightning Saix.

Why Ambient is awsome.

Herman and the others. New picture compared to my older one.

People drink, and a gun is pointed at Van's head. At it was removed why?

Anyone know about this Pteras? 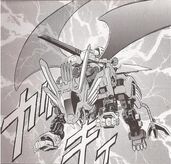 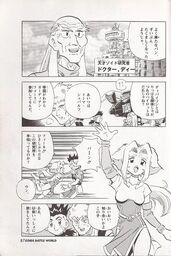 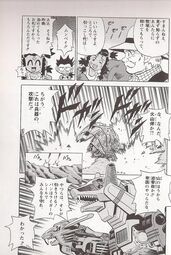 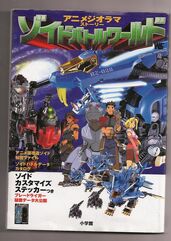 Gallery that has Van and Fiona[edit | edit source]

What? Their my two favorite characters.

Fiona at the controls of a Pteras

Van at the controls of his Blade Liger

New picture compared to my older one.

This is a new picture based off the old one.

Eh, used it to replace old.

Van, Fiona, Zeke, and the worst-designed gun in anime.
Add a photo to this gallery

This is a gallery of some of my Zoid Models that I have here on the Wiki. You may use these pictures, but remember, these are my models, and as such, do not wish for anyone to call them their own. Besides, I don't want to go on eBay and see my Blade Liger being sold.

Parts of the Shield Liger that come with the Blade Liger.

Character sprue that comes with the Blade Liger.

No, this Geno Saurer is not blue.

Another image of my Blade Liger.

On the Gustav page.
Add a photo to this gallery

Same as my above, you can use them, but remember that I was the one who made them.

Note: Sorry for them being a bit (or a lot) choppy, I'm not the best at GIF making.

If you didn't espect I make a GIF of this, I feel sorry for you.
Add a photo to this gallery

Photos that have nothing to do with Zoids, but why not?[edit | edit source]

Note: Click on some photos to increase the full size. No links or pop-ups." 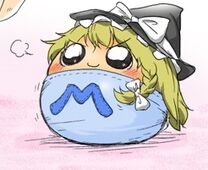 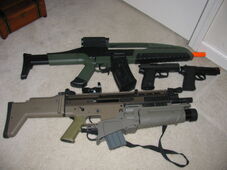 Airsoft Collection, I guess that's what I call it. 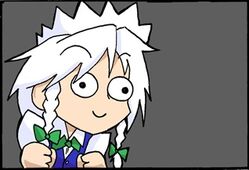 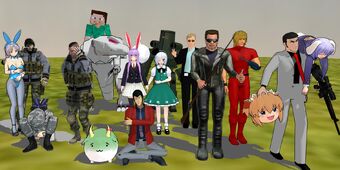 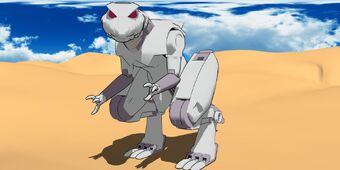 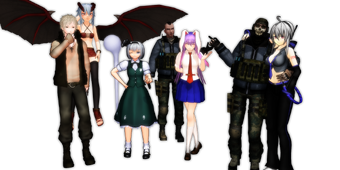 Add a photo to this gallery
Retrieved from "https://zoids.fandom.com/wiki/User:Zoids_Fanatic?oldid=48721"
Community content is available under CC-BY-SA unless otherwise noted.