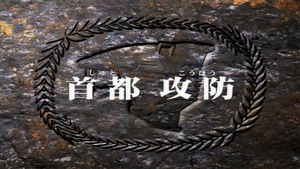 The Defense of the City is the eighteenth episode from the Zoids: Chaotic Century anime series, based on TOMY's Zoids franchise.

This episode begins with the leader of the Empire's grandson, Rudolph, being informed of the rapid degradation of the current emperor's health.

Back in New Helic City, Prozen's glacier finally unveils itself and begins a full-fledged assault on the capital. They are able to lay siege to the city with their sizable army. Prozen offers to "negotiate" with the President, but he simply offers a choice: to surrender, or perish. He offers a four hour deadline. At noon, he threatens to begin his attack.

Meanwhile, Mt. Osa is evacuated, although Colonel Krueger, Fiona and Moonbay have not returned yet. While Marcus advances, defeating their automated defenses, Fiona and Moonbay are busy setting explosives to self-destruct the base, but rather than follow along with Krueger, knock him out to stop him from needlessly risking his own life. Schubaltz recognizes the lack of resistance and orders his troops to stop their attack, but Marcus pushes ahead, ignoring Schubaltz's advice, as well as failing to heed the lessons he learned at Cronos base. Waking up, Krueger tries to detonate the bombs remotely, but the device fails. He attempts to take control of their Pteras, but is once again knocked out by Fiona. While flying, Fiona comments on the smoke, which gives (the awakening) Krueger an idea. He and Dr. D explain (separately) that Mt. Osa is powered by geothermal energy generated by the volcano's magma and a missile volley from a Pteras may be enough to trigger an eruption, which would accomplish their goal of destroying the base.

Back in the Empire, the emperor dies, leaving Prozen in charge of the still young Rudolph's tuition.

Dr. D and Van set off to destroy the volcano, and Moonbay's assault fails and she is shot down by Raven, who happened to be in the area. Noon is reached and the Empire's assault begins. Van arrives and begins yet another duel with Raven (who's Zoid has not yet been repaired). Dr. D and his men pick up Krueger, Moonbay and Fiona and then attack the volcano. Their assault triggers the eruption. The Imperial Zoids' combat systems freeze and they begin to retreat, although Marcus is killed in the process.

The President uses this retreat to try and arrange a ceasefire with Prozen, who initially refuses. It is only when Rudolph intervenes does the ceasefire get agreed to. Raven, meanwhile charges headlong into the Shield Liger's shield, and while he manages to penetrate it, the damage done to his Zoid is incredible. He uses Shadow to eject and the Sabre Tiger collapses. 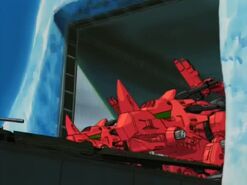 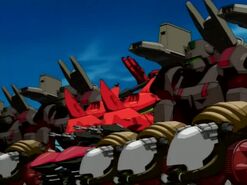 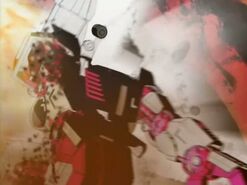 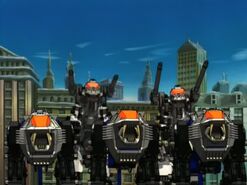 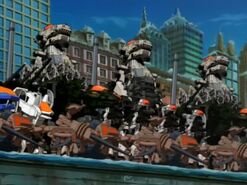 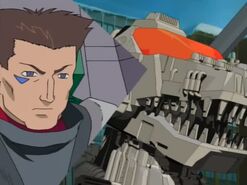 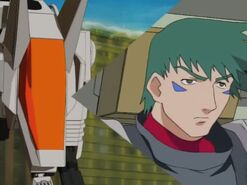 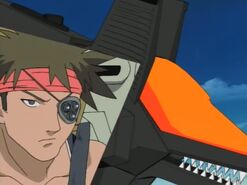 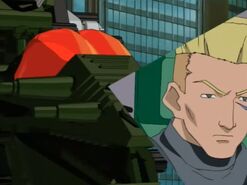