Zoids Wild ZERO (ゾイドワイルドZERO) is an anime series, linked to the Zoids toyline of the same name. It is the sixth Zoids series, following Zoids: Wild in order of production. Despite being similarly named, Zoids: Wild ZERO is unrelated to the series Zoids: Wild.

In the 21st century planet Earth was rendered inhospitable to life, and people mass-migrated to Planet Zi, the natural home of metallic life forms known as Zoids.

Many years later, Zi faces its end. Its inhabitants partake the journey to migrate back to Earth.

Attempting to regenerate the Earth to make it hospitable, the migrants come up with a "Zi-Forming" scheme.

However, the plan fails and Earth is left in its state of turmoil. Overrun by Zoids and blanked by unstable weather phenomena, the migrants are faced with a difficult life. The Empire and Republic settlements attempt to uncover Zoids buried within the Earth to bolster their respective armies.

The story picks up following second-generation Earth citizens: Leo Conrad and Buzz Cunningham, who have a chance encounter with a girl Sally Land as she flees the clutches of the Empire.

The story revolves around Sally's search for her grandfather Dr Borman, a researcher who worked on the Zi-Forming scheme. He bestowed her a pendant at the start of the series, with instructions to never hand it over to the Empire.

A competing researcher for the Empire: Dr Land seeks to find Sally's pendant.

The pendant is shown to possess strange powers, transforming Leo's Zoid into the Beast Liger, and later interacting with Regeneration Cubes - artefacts left over from the failed Zi-Forming scheme.

As Leo, Sally, and their comrades journey, they begin to uncover more of what the pendant can do, the relationship between the two scientists, and how it all relates to the Zi-Forming of Earth. 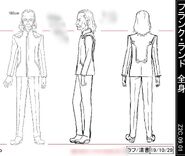 The episodes initially aired on the 4th of October 2019. The first broadcast is on TV Tokyo at 17:55, every Friday, replacing Inazuma Eleven Orion. Following that, the series is streamed on YouTube via CoroCoro and Takara TOMY channels at 8:00 Saturday. It is subsequently aired on 17:30 Thursdays, starting the 17th and 8:30 starting 27th of October on TV Wakayama and Sendai Broadcast respectively.

Zoids Wild ZERO will end its run in Japan on October 16, 2020, being replaced by reruns of Paw Patrol.

On May 21, as a result of the ongoing COVID-19 pandemic in Japan, production of the Zoids: Wild ZERO anime has been halted and new episodes delayed following episode 32 until further notice. [1]

On June 19 the anime resumed broadcast in Japan [2]