The Baratz are insect-type Zoids, some of over 200 species of fictional biomechanical lifeforms depicted in TOMY's Zoids model, toy, and media franchise.

The Baratz are small Zoids found in the Zoids: Genesis anime series, mostly used as civilian transports. Six types of Baratz Zoids were released. They were available in either civilian or military colors.

The Baratz were released in 2005, roughly in line with the anime. 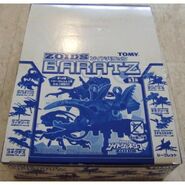 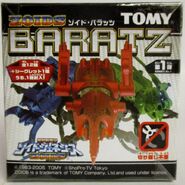 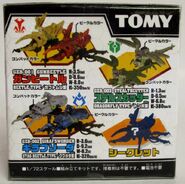 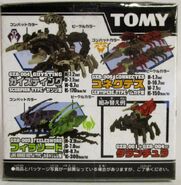 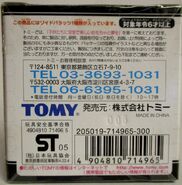 Baratz box back
Add a photo to this gallery
List of Zoids
A-F
G-L
M-R
S-Z
Retrieved from "https://zoids.fandom.com/wiki/Zoids_Baratz?oldid=70720"
Community content is available under CC-BY-SA unless otherwise noted.